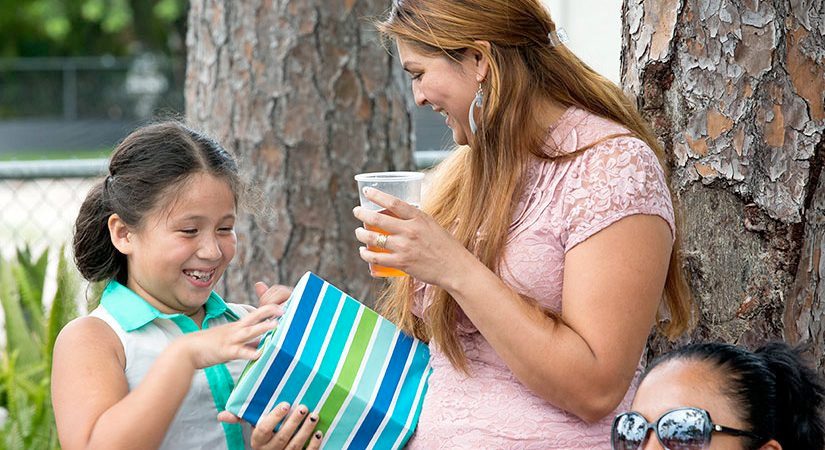 Hours after the school bell rings, the teens gather in a classroom to learn about college, careers, and achieving the American Dream.

The setting isn’t in a school. It’s in a modular unit at Lake Worth West Community Center.

The nearly 50 high school students are there on Tuesdays and Thursdays from 5-7 p.m. participating in the College Prep Club, which is funded by the United Way of Palm Beach County.

These youths from mostly Latin American and Caribbean families come to strengthen their academics, determine what college they want to attend, and prepare for their college years and beyond. They also come to gain confidence and determination to overcome the cycle of poverty that have entangled their families, and chart their own course toward independence, success, and prosperity.

The College Prep Club is working: many of the students do go on to college. And not just local schools. Some students have made it to top universities like Yale University.

On this day at the club, after eating pizza for dinner, the boys and girls are discussing the use of cell phones, tablets and other electronic gadgets connected to the Internet – and how they make our lives better and worse.

“You have to be extra careful,” the coordinator Betsy Smith said, as students lean in to learn about bullying and gang recruitment that comes from being on social media.

“Yeah, it happened to me,” one girl said, as others nodded in agreement.

To prepare for their futures, these students must also learn about obstacles standing in the way of their achievement. Part of that is overcoming negative stereotypes that many of them have been branded with, just because of their families and where they have grown up.

“These kids are great, and they have to learn they aren’t numbers and that they matter,” said Maria Gisela Omana, who is the site administrator for Lake Worth West Community Center. “They are our future. We teach them to become leaders in their community, schools and families.”

Many of the students have known each other for years. In addition to gathering at the classroom, they also go to dinner and on trips to movies and other places. They have become close, like an extended family, and have learned together to be respectful, polite and appreciative toward others.

Josselin Rodriguez, a junior at Lake Worth High School, has been coming to College Prep Club for nearly two years.

Well-spoken and chatty, she envisions going to Palm Beach State College and then to Florida Atlantic University or University of Miami. She wants to study business or psychology. The club is preparing her for the basics about apply to college like how to write an application and qualify for financial aid.

“Until I came here, all I wanted to do was just pass school. I didn’t care. Now I care a lot more. I want to be higher-ranked in my class. I want a good grade point average. I want to do well. I really want a head start in life,” she said.

Her attitude toward school changed through the friendships she made in the program and the information she learned.

“There’s great people here who really care about me. When I had problems, I would talk to them. We had good discussions. I gained more confidence about myself and opened up and become social,” Josselin said.

Her family from Honduras, she was born in Texas and grew up in Lake Worth. Her father is a construction worker and her mom stays at home raising her and her two younger brothers. Josselin would be the first in her family to go to college.

“I really want to succeed and be a good motivator for my two brothers,” she added.

“I want to be an FBI agent and go after bad people,” she said, very seriously.

She credits her “family” at the club for giving her an emotional boost to tackle her studies and focus on the future. Through the club, she learned how to speak in front of others and exert herself in a discussion. She’s now an A/B student verses a C/D student just a few years ago.

“I used to be really quiet but after coming here, I learned how to express myself and communicate well with others,” she said. “For a long time, I felt I wasn’t as smart as the other kids in school. But now, I have realized I’m just as smart as everyone else and I learned how to show it.”

Jessica, too, would be the first in her family to go to college. Her parents are also from Honduras.

“My parents taught me to stay away from drugs and bad things,” she said. “I will do well in life.”

Call the Lake Worth West Community Center at 561-649-9600 to learn more about our college preparatory club.

To promote family unity, community safety and beautification, and provide wellness, cultural and educational programs for residents of Lake Worth West.